A man has shared a hilarious tale recounting the extent he went to avoid spending his money at a birthday fundraiser.

He explained that he was invited for a lady’s birthday and he knew they would do a fundraiser at the party so he intentionally went without money.

While there, they attempted getting money from guests by asking them to pay for the cutting of the cake. When it got to his turn and he was given the mic, he simply prayed for the celebrant, even though he knew people were not pleased with him.

Then they began a game called “Devil’s Basket” where participants are dared to do things or pay up.

Every attempt to give him hard dares was met with resistance as he was ready to do everything they asked him to. The game eventually ended when he boldy brought out his male member when a woman was dared to perform oral sex on him.

Read his story below. 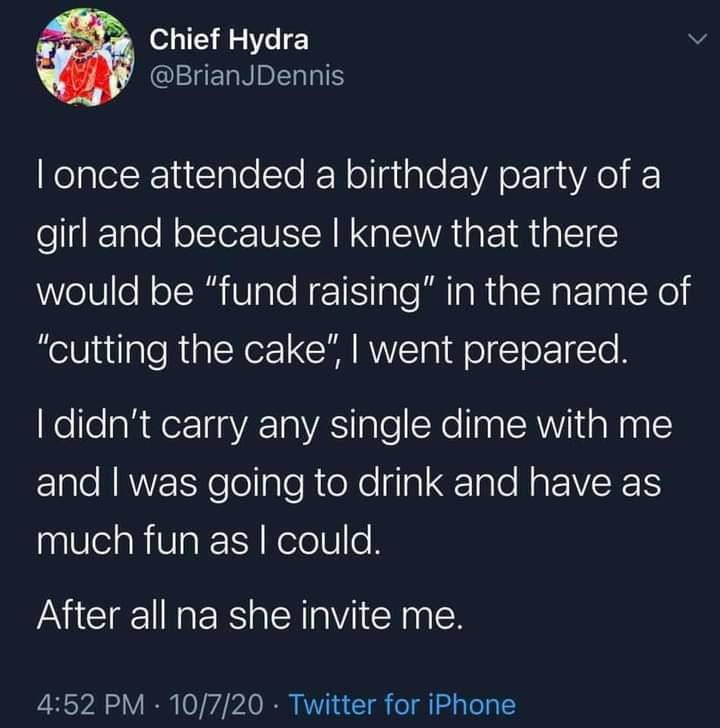 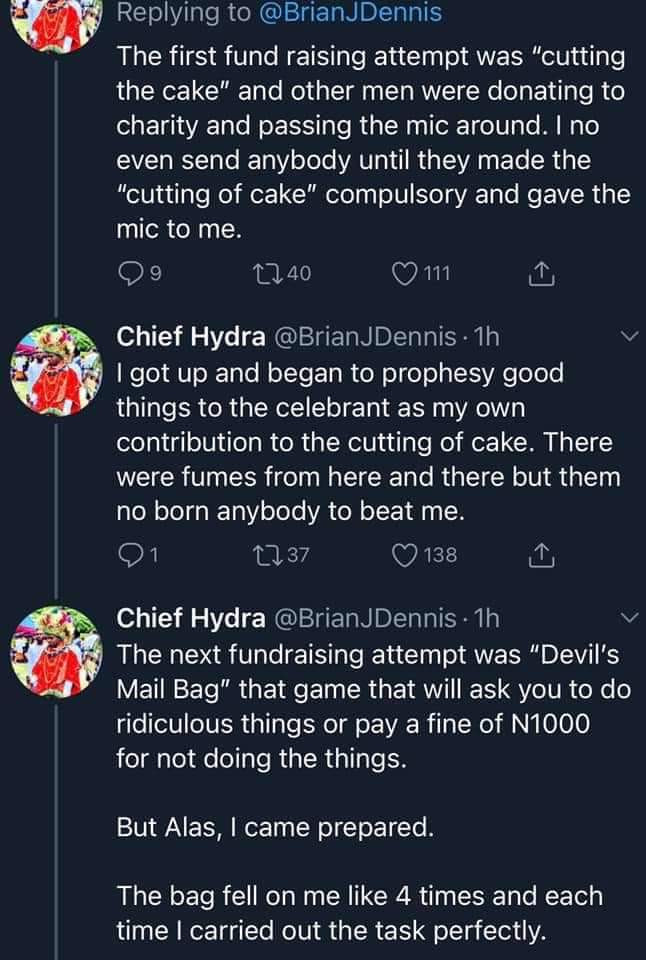 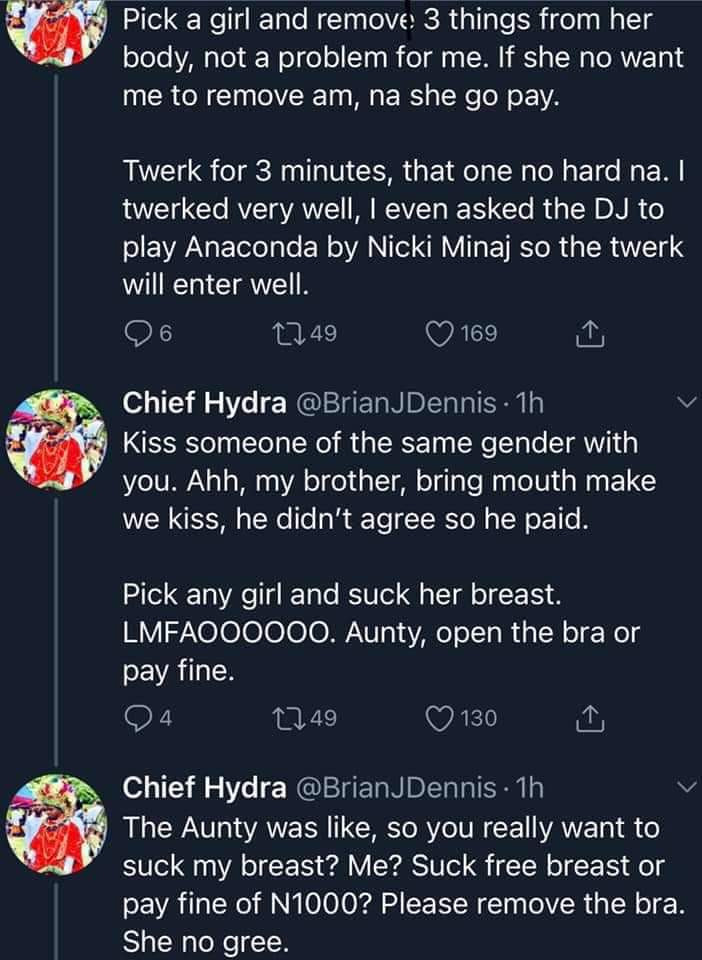 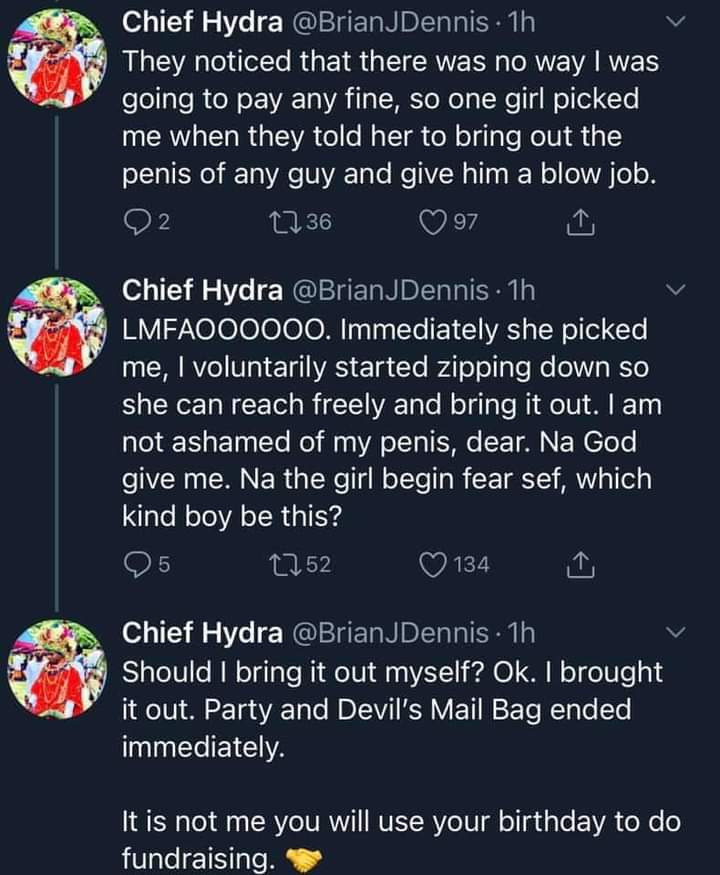 Nigerian singer, Seunfunmi Stephen, recounts how her hubby died during a crossfire between police officers and armed robbers in Lagos

Lady blasts her boyfriend for gifting her N15, 000 to celebrate her birthday